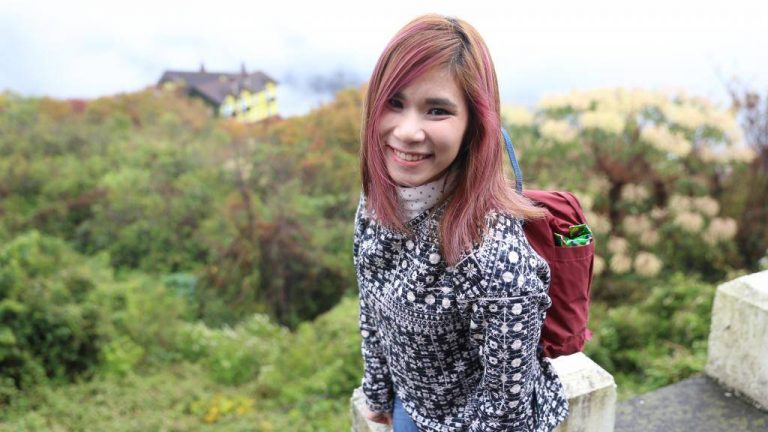 In my family, my sister and I have the ugliest teeth ever. Our relatives always asked us to put braces to look prettier. Indirectly, they were also saying we looked ugly la.. :’)  When I was in secondary school, my mom registered my sister and I for braces at the government dental clinic for only RM500. Freaking cheap right? But the queue was damn long. My sister managed to get a place but I didn’t get it because the nurse said my teeth was ‘kotor’ so cannot put. I didn’t bother and just gave up and thought it’s not a big deal to have ugly teeth.

However, years later, when I started working in Singapore in 2009, again, I was told that I should put braces. Thankfully, I wasn’t the only one with ugly teeth. And not just that, I also wanna be pretty la. Haha. One of the doctor recommended my friends and I to his dentist friend and asked us to have our teeth fixed. We were reluctant because it was very expensive to have the treatment here in Singapore. Imagine, RM500 vs SGD5000? But we were blessed and got a special rate. All in all, I still spent around SGD5000 because of the extractions and scans.

It was still very very very expensive for us but we went ahead, to look prettier. HAHA. We were able to pay in instalments, so it was not heavy for us financially. We completed the payment within 1.5 years. Although the price was sky high, I did not regret a bit. It was the best investment ever. So in March 2011, I went for consultation and extractions and finally in mid-April 2011, I had my braces on.

April 2011 – The first time Josh sees me in braces

I can’t remember exactly when but here is one of the first picture of me in braces. Now, let’s look at how much I have changed through my journey with braces. I honestly miss wearing braces! My teeth became aligned in just a month! Next intervention was to push my teeth backwards and this took a long time to be fixed as my upper jaw is bigger than my lower jaw. If I want a perfect smile I need to go through surgery to trim my upper jaw, or implant screws to force my teeth backwards. I chose neither and just hoped for the best my orthodontist could do.

The orthodontist chose ceramic braces, aesthetically better looking than the metal ones. You can’t really see that I am wearing braces. Well, price wise, it is more expensive than the traditional metal braces.

Even before putting braces, I can’t even smile with my mouth closed. It’s just like =| kind of smile.

I wore my braces for 3 years and 2 months. And I love the results! Though my upper jaw is still bigger, but it has been pushed backwards by a lot already! I mean, if I want super perfect smile then I will have the screw implanted. But I’m very happy with it, I told the orthodontist to go ahead to remove my braces. Yeah, she asked me if I’m ok with it now, I said OK because it’s been more than 3 years already!

Well, I’m very happy with the results. I can smile more confidently (though before braces I also smile confidently haha). Most importantly is being able to close my mouth and not looking like a rabbit/hamster.

However, after removing my braces, there is also the after care where I need to wear my retainers 24/7 for the first 6 months, then every night after that. My retainers look like the Invasilign aligners. I call them my teeth. Haha. Whenever I missed a day or two, the retainers feels extremely tight and it is very uncomfortable. Shows that my teeth can go senget anytime if I don’t bother to jaga.

If any of you in Singapore who is looking for a good orthodontist, drop me a message and I will give you the clinic address! I have recommended my orthodontist to a friend and she is also very happy with his service. I actually had 2 orthodontists handling my case as the first one has left the other clinic to open his own. Honestly I still prefer the first one. I like his service because he is a super perfectionist person and makes sure your teeth will look perfect! He will also scale my teeth at every visit! After going through 2 orthodontists, I realised how important is it to choose an orthodontist as they had to plan on how to reconstruct your teeth. I have seen friends’ whose teeth looks weird after braces (but they are happy about it though haha) and was hoping mine wont turn out that way! Thank God mine looks the way I wanted it to look. =)

anyShare分享到：
Information, Recommendations, This Is Me
Tiffanie Tan12 March, 20159 September, 2018

I am wonderfully made,
I am perfectly crafted.

This error message is only visible to WordPress admins

Please go to the Instagram Feed settings page to create a feed.

Begin typing your search term above and press enter to search. Press ESC to cancel.